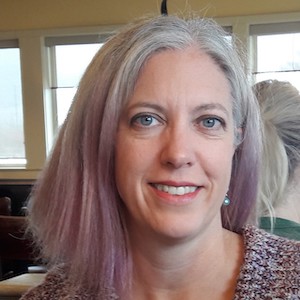 Andrea received her Bachelor of Science degree in Civil Engineering from Kansas State University in 1997. While attending college, she interned at Terracon Consultants, Inc., a nationwide geotechnical engineering and consulting company. At Terracon, Andrea performed construction material testing services both in the field and in the lab.

Following graduation from K-State, she was employed by George Butler Associates where she worked as a structural engineer for four years, then as  a roof inspector for one year. While at GBA, Andrea gained experience designing with concrete, steel and sawn lumber. She also earned her professional engineering license for the state of Kansas.

In 2003, Andrea left GBA to work at BSE Structural Engineers. It was during her employment at BSE that she became adept in designing with masonry and heavy timber, but her niche was designing buildings of tilt-up construction. She also routinely designed waterslides and other structures for aquatic recreational facilities. Additionally, Andrea was considered to be the in-house expert for AutoCAD and Excel programs. While at BSE, Andrea obtained her PE license for the state of Missouri. In April 2007, Andrea decided to get out of the office and returned to her field inspection roots by gaining employment at R&A Resources. Andrea was soon added to the list of city-approved Special Inspectors for Kansas City, Missouri.She is qualified to perform inspections on concrete, asphalt, masonry, mortar, grout, engineered fill, steel reinforcement, footing bearing materials, wood construction, and commercial and industrial roofs.

While employed at R&A Resources, Andrea became aware of a significant lack of woman- or minority-owned construction inspection and/or structural engineering companies. In order to fill this void, Andrea established Solid Ground Engineering, LLC. The company received its WBE/DBE certifications from Kansas City, Missouri in March 2009.